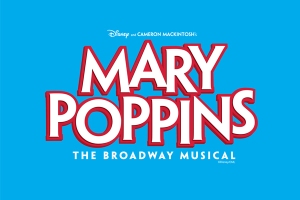 Our next round of auditions will take place Jan. 31 and Feb 2 at the theater.  This audition is open to members and non-members of Little Theatre of Bedford, Inc.  Please review the information packet link below for more information regarding auditions.
MARY POPPINS requires talented actors, dancer, and singers to tell the story of the a magical nanny who changes the lives of the Banks family.  While the stage musical includes many of the songs from the 1964 Disney film, it is based more on the books by P.L. Travers and includes new characters, songs, and situations.
Those auditioning will be required to have a prepared monologue and song. Those can be found in our information packet, which also includes information about roles, rehearsals, performances, and other criteria.
Auditions are by appointment. Please complete this form to sign up for an audition time.
Thank you!

This entry was posted in Auditions.

Little Theatre of Bedford Announces Auditions for “Elf the Musical”

2.    Rehearsals for the show will be every Monday, Tuesday, and Thursday 6-9 pm, with occasional 3-4 hour Saturday dance rehearsals, which are also required.

3.    Questions should be directed to Tomi Carroll, Director.

2.    To audition, you MUST sign up for a slot here: Elf the Musical Auditions

3.    The deadline for signing up is September 19. Please write down your scheduled audition time and arrive five minutes early.

4.    Children 5 and older may audition, though there are limited roles available for children.

5.    Those auditioning should come prepared with an approximately 1-minute long song excerpt to sing acapella. The selection does not have to be from the show, you can sing anything. (Actors auditioning for the roles of Buddy, Santa, Jovie, Walter, Emily or Michael should ideally perform a song the character would sing in the show.)

6.    Actors will perform song selections individually for the production team, then exit and come back to do script readings in small groups.

7.    Roles being filled include the following:

Auditions for AND THEN THERE WERE NONE

Auditions for our first production of the 2019-20 season Agatha Christie’s AND THEN THERE WERE NONE will be held at the theater on July 22 and 23 from 6 p.m. until 9:00 p.m. according to director Genna West.

The cast calls for 8 men and 3 women, ages 18 years of age and older.  Those auditioning should be prepared to perform a death scene.

The Little Theatre of Bedford will be holding auditions for it’s next production the hilarious comedy Play On! by Rick Abbott and produced by special arrangement with Samuel French, Inc.

Audition Dates: December 10 and 11
from 6-8 @ Little Theatre of Bedford

Play On! is a ‘play within a play’ story of a small theatre group trying to put on a murder mystery in spite of mishaps, malaprops, and maddening interference from the amateur author. Directed by Rachel Fishback, Play On! Normally, it’s in bad taste to openly laugh at such an unfortunate performance, but for Play On!, it’s highly encouraged!

The script is very adaptable for several of the characters to be played by either a male or female.

For more information concerning the auditions call the box office: 812-279-3009 or contact us thru this Facebook page

Once on this Island Auditions

AUDITION ANNOUNCEMENT! Auditions for our first show of the year, the musical “Once On This Island,” will be held on July 24, 2018. To audition, you MUST complete the linked google form, as well as the doodle poll within the form that will allow you to sign up for a specific audition slot. If you are unable to make the 24th, please contact the director, Wendy Miller, at wrtruebl@iu.edu to set up an alternate audition time. All information needed to audition is contained in the Google form. The majority of parts available are for older teens (age 16+) and adults, though there is one role each for a young girl and boy, age 7-10.

“Once On This Island,” written by Lynn Ahrens and Stephen Flaherty, is based upon the novel “My Love, My Love” by Rosa Guy, and represents a tropical and tragic retelling of the story “The Little Mermaid.” The story takes place on an island, on which people are separated by class–the rich and the poor. Ti Moune, a peasant girl on the poor side of the island, saves the life of a rich boy, Daniel, who lives on the wealthy side of the island. The power of the love between Ti Moune and Daniel brings together people of different social classes.

NOTE: Once On This Island was written to be performed by a diverse cast, in which race (dark skin versus light skin) provided the tension between the two sides of the island, but its authors also provide alterations to the script to change the tension to poverty versus wealth, in the event of a non-diverse cast. People of all ethnic backgrounds are encouraged to audition, and we will use the authors’ script alterations in the event of a non-diverse cast.

Auditions for “The Dixie Swim Club,” Little Theatre of Bedford’s third production of the 2017-1018 season, are as follows:

Director is Penny May

Read-Thru will be Monday December 18th – Scripts and Rehearsal schedule to be handed out at this meeting.

This entry was posted in Auditions, News, Uncategorized.

The large cast calls for 12 men, 10 women, and 6 children ages 6-12.  Those auditioning do not need to prepare anything according to the play’s director Tomi Carroll.  There are also several nonspeaking roles.  For more information, contact the director at 812-276-3449 or via email at mandtcarroll@yahoo.com.

“It’s a Wonderful Life” is based on the classic film of the same name and will be the second production of the season, debuting in December.  The first production, “Sleuth,”  opens September 29.

Anyone performing in a Little Theatre of Bedford production must be a member of the theater.  Membership is included in a season ticket, which are now on sale for the 2017-18 season.

This entry was posted in Auditions.

It’s a fun celebration as we look back at the past and look forward to future of Little Theatre of Bedford.  Includes rare photos, and videos never seen or rarely seen for years.

This entry was posted in News.

Due to unforeseen circumstances, we are unable to perform “Lend Me a Tenor” this season. We have instead decided to perform a show that has never been done before at Little Theater.
We will be holding auditions for “Sleuth” this coming Tuesday, August 1 at 7:00 pm. The show is a very small cast of 3 men, aged 21-60+, all with rather large roles. If interested, you can likely find the 1972 movie version with Laurence Olivier and Michael Caine.
We need to get the word out about these auditions so please like and share this with your friends!
Thanks, and we hope to see you there!
Josh Landers
Director

Little Theatre of Bedford thanks its business sponsors and partners for their contributions.

B Fancy Boutique and Salon